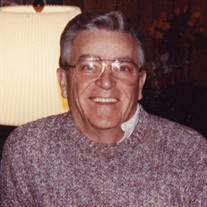 Arlin Wilburn Pitts, 89, a native and lifelong resident of Gainesville was born November 19, 1932 and died December 1. 2021. His parents, William and Flora Pitts, sister and brother-in-law, Florence and Carl Pointer, and brother and sister-in-law, Calvin “Doc” and Tommie Pitts, preceded him in death. Survivors include two nieces, Barbara (David)Watkins, Robbinsville, North Carolina, Michael (David) Braselton, Gainesville and four great nephews, Josh (Sarah) Watkins and Ross (Kim) Watkins, Dylan and Mason Braselton; great great niece, Mattie Watkins & great great nephew, Myles Watkins. Arlin graduated from Gainesville High School in 1949, served a tour of duty in the US Navy as an electronics technician and in 1981 graduated Magna Cum Laude from North Georgia College and State University (UNG) with a degree in accounting. His career in business, computers and finance began at Gainesville Mill (Milliken Co.) continuing to Nally Discount Company, Gene Tyner Foods, Bates Carter & Co. and Georgia Boot Company. In 1978 Arlin was employed by the Hall County Commission to install the first computer system jointly for Hall County Government and Hall County School System. From Data Processing Manager he was made Controller and in 1996 he retired after 18 years with Hall County as the Director of Finance. While working for Hall County as Director of Finance he earned a Certificate of Public Management and Certified Finance Officer, Level II from The Carl Vinson Institute of Government at the University of Georgia. From 1991 until 1996 he was awarded the Certificate of Achievement for Excellence in Financial Reporting from the Government Finance Officers Association. After retiring Arlin worked part-time with the Public Defender’s Office, ran the Riverbend Voting Precinct and helped in the election’s office during early voting, most recently working at Publix as a cashier. Arlin was a charter member of the Gainesville Chorale (now Voices of North Georgia.) He enjoyed serving on the Pro Musica Concert Series Board as the treasurer. He was choir director and/or organist at Emmanuel Baptist Church for 25 years. He delighted in belonging to First Baptist Church on Green Street and singing with that choir for the past several years. He enjoyed playing piano and organ at Trinity Presbyterian Church on an as needed basis and also in other religious/spiritual settings. His interest in genealogy led him to discover 1400 family names dating back to the 1600s, and for a few years participated in the BULLI Program at Brenau University. Arlin enjoyed travel and made several trips to Thailand and visited other locations in the United States, Europe and Australia. In lieu of flowers and to honor Arlin’s memory and unfinished plans, mentor a student, take a friend out for a meal, consider taking a defensive driver education course and guard against scams. Graveside services will be held 11:00 a.m. Saturday December 4, 2021 at the Alta Vista Cemetery with Rev. David Watkins officiating. The family will receive friends from 10:00 a.m. until 10:45a.m. Saturday at the funeral home. Please share online condolences with the family at www.wardsfh.com. Ward’s Funeral Home is honored to serve the family of Arlin Wilburn Pitts. Ward’s Funeral Home & Cremation Services, Gainesville. “A Family Funeral Home”

The family of Arlin Wilburn Pitts created this Life Tributes page to make it easy to share your memories.

Arlin Wilburn Pitts, 89, a native and lifelong resident of Gainesville...

Send flowers to the Pitts family.