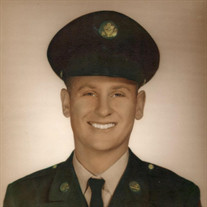 Datha “Dee” Bell, Jr. was born November 30, 1938 in downtown Gainesville, Georgia just after the Great Depression, to his father Datha Bell, Sr. a railroad engineer, and his mother Ruby Minish Bell, a homemaker and later school lunchroom “chef”. Dee’s early childhood days were spent on East Avenue just South of the downtown square. On East Avenue in Gainesville is where the Bell family made their first home and where Dee shared adventures with his buddies from Main Street Elementary School and older sisters LaRue Bell Pethel, and Yvonne ‘Tinky’ Bell Long. With an unusual name like ‘Datha’, a biblical name from the Old Testament, his friends decided that ‘Tater’ would be an easier -to -pronounce and more fitting nickname since he was small like a tater! Dee graduated from Gainesville High School in 1957, where he says he enjoyed the best decade of all time, the 1950s! Dee entered Truett- McConnell University in Cleveland, Georgia, where he met his future wife, Sandra Gail Dangar, on a church bus in 1958. Gail and Dee married in 1962 in Alpharetta, Georgia where Gail was born and raised. Dee & Gail gave birth to their only child, Deena Ruth, in 1968. Dee said from his hospital bed that the happiest day of his life was when his little daughter “Deenie Ruth” was born. During his 20s and 30s, Dee served our country in the Army national guard and spent his working years first at the state highway department, then later working for his father-in-law, Mr. Jesse Martin Dangar of Alpharetta, and mother-in-law Annie Ruth Parrish Danger, with the family gas station and development company, ‘Dangar Realty’. Later in life Dee enjoyed working for Latimer’s Store in Gainesville, and part-timed as security personnel at Lakeshore Mall, where he loved working around people. Not only was Dee a collector of antiques, he was a collector of life-long friends. He was a master at ‘yanking your chain’, while maintaining that stern ‘poker face’ he wore so well. He especially felt close to his friends at Central Baptist Church in Gainesville, where he attended service his entire life. When he was in his 70s, Dee accepted the honor and privilege of becoming a deacon, where he was active until he became unable to serve due to his illness of throat cancer and pneumonia in early August of 2021. Dee is survived by his adoring daughter Deena Bell-Llewellyn and her husband Charles Anthony Llewellyn, Jr. of Miami, Florida and their little shih tzu family; sister LaRue Bell Pethel and her husband Curtis Pethel of Gainesville; sister Yvonne ‘Tinky’ Bell Long and husband Jack Long of Macon, Georgia; Niece Melinda Pethel, niece Audrey Long Hutchison and husband Lance; nephew Alan Long and wife Edna, great nephews Jay, Brannen, Philip, and great niece Holly of Georgia and Alabama. He has many ‘Minish Family’ cousins and relatives residing around the NE Georgia mountains that remain dear to his heart that still get together once a year for reunion in Helen, Georgia. Dee was full of wise advice always such as “make sure to keep the gas tank more than ½ full”; “don’t ever loan money to anyone, always gift it”; “make sure you are right before you answer”. However, the most valued were Dee’s parting words of wisdom to his daughter Deena while in hospice care: “Live your life, love the Lord, strive to always be a better woman, and be happy!”. Graveside services will be held 3:00 p.m. Monday August 23, 2021 at the Alta Vista Cemetery with Rev. Mike Taylor officiating. The family will receive friends at the funeral home from 1:30 p.m. until 2:30 p.m. Monday. In lieu of flowers contributions may be made to the Central Baptist Church, 785 Main Street SW Gainesville, GA 30501. Please share online condolences with the family at www.wardsfh.com. Ward’s Funeral Home is honored to serve the family of Datha Bell, Jr. Ward’s Funeral Home & Cremation Services, Gainesville. “A Family Funeral Home”

The family of Datha Bell, Jr. created this Life Tributes page to make it easy to share your memories.

Send flowers to the Bell, family.