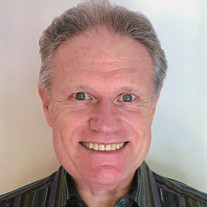 George Philip “Phil” Attridge, Jr. passed away Monday, May 24, 2021 at his residence on Lake Lanier. Phil was born on April 7, 1951 at Scott Air Force base in East St. Louis, Illinois to Major George Philip Attridge, Sr. and Hope Hennington Attridge and spent the first seven years of his life at Clark Air Base in the Philippines. Following that, his family settled in Aurora, CO where Phil was raised. At Aurora High School Phil was first chair trombone in the band and City Champion in both high school and collegiate wrestling. Phil attended Metropolitan State College in Denver, CO and then built a rental referral business, Canadian Homefinders, in Calgary, Alberta which he franchised throughout Canada. Phil met the love of his life, Carol Cravey of Atlanta, GA while skiing in Jackson Hole, WY. They married on November 14, 1981 and then settled on Lake Lanier in Gainesville, GA where they lived for 39 years. An enterprising entrepreneur, Phil built several businesses, including Luxury Imports, automobile importer, Boss International, and North American Medical Corporation. Phil was an avid sports enthusiast. His many interests included sportscars, motorcycles, boating, waterskiing, snow skiing, mountain biking, horseback riding, rowing – he once rowed the length of Lake Lanier to raise awareness for the Lanier Canoe and Kayak Club – weight lifting and golf. Phil was a member of the Sea Island Golf Club in Sea Island, GA, and the Old Edwards Club in Highlands, NC. A gifted and accomplished musician, Phil played classical guitar, and he and Carol were patrons of the Brevard Music Center in Brevard, NC. For many years Phil and Carol were patrons of the Quinlan Visual Arts Center, and Phil also volunteered his time as a wrestling coach for the Boys’ Club of Gainesville. Phil’s love of life, wit and humor will be greatly missed. He is survived by his wife, Carol Attridge of Gainesville, his brother, Jeffrey Attridge of Aurora, CO, his sister-in-law, Joan Cravey of Atlanta, GA, and his sister-in-law, Dana Cravey of Alpharetta, GA. A celebration of Phil’s life will be held soon. In lieu of flowers, the family requests donations be made to the Boys’ & Girls Club of Gainesville, Brevard Music Center, Brevard, N.C. and the Humane Society of NE Georgia. Please share online condolences and memories with the family at www.wardsfh.com. Ward’s Funeral Home is honored to serve the family of Phil Attridge. Ward’s Funeral Home & Cremation Services, Gainesville. “A Family Funeral Home”

The family of George Philip "Phil" Attridge, Jr. created this Life Tributes page to make it easy to share your memories.

Send flowers to the Attridge, family.