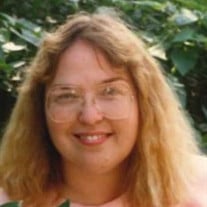 Mary Loretta Watkins Yamilkoski May 22, 1947 - Dec 10, 2017    Mary Loretta Yamilkoski, age 70, passed away peacefully at 10:00 A.M. Sunday morning December 10, 2017 at her home.    Loretta was born in Watkinsville, Georgia in 1947 to the late Frank Watkins and Berda Watkins. She is survived by her brother Frank, sisters Gail and Barbara, nieces Renee, Rachel, Alyssa and her husband Vincent Yamilkoski. Loretta was educated in the Oconee County Schools and graduated from high school in 1965. She was active in the Watkinsville United Methodist Church and student activities like 4-H and thespians. She attended Truett-McConnell College and graduated from the University of Georgia in 1969 with teacher certification in elementary education. In 1969, Loretta began her teaching career in the post schools of Ft. Benning, Georgia. She taught 4th grade children of mostly non-commissioned officers, many of whom were serving in Vietnam. Her lifelong teacher friends were married to officers also serving actively. Her students had a warm-hearted teacher in a very difficult time. Throughout her teaching career, she was known as a loving, caring teacher. She met her husband Vincent, while he was attending the Infantry School at Ft. Benning. She married Vincent in 1971 at the Watkinsville United Methodist Church and lived in Cleveland, Ohio for a few years. She convinced her husband to return to Watkinsville and continue his education at the University of Georgia. During that time, she worked as a laboratory assistant at St. Mary’s Hospital, a job she had in her college years. In 1979, we moved to Gainesville. Her most recent position before she became ill was a 2nd grade teacher at Lakeview Academy. She was awarded Teacher of the Year for the 89-90 school year.     Loretta loved her nephews, nieces, and students. She also became a mother to two foreign exchange students: Annemarie from Holland and Fabiana from Brazil. Both were a joy to her and the Lakeview Academy students and staff. She loved to travel, first throughout the United States and later to many European nations. She was a “tree hugger” and loved to teach about nature to her students. The family will receive friends Thursday from 12:00 p.m. to 2:00 p.m. and 4:00 p.m. to 6:00 p.m. at the funeral home. In lieu of flowers, donations can be made in her memory to the Lakeview Academy Lower School or the Child Development Center at Brenau University. Online condolences may be made at wardsfh.com Ward’s Funeral Home 758 Main Street S.W. Gainesville in charge of arrangements.

The family of Mary (Watkins ) Yamilkoski created this Life Tributes page to make it easy to share your memories.