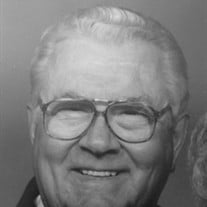 Mission Accomplished! Rev. Truman Collier Skaggs age 89 of Gainesville went to be with the Lord on April 9, 2017, after an extended illness. He was born in Russellville, Kentucky, on March 4, 1928. He accepted Jesus Christ as his personal savior... View Obituary & Service Information

The family of Rev. Truman C. Skaggs created this Life Tributes page to make it easy to share your memories.

Send flowers to the Skaggs family.